One reason is that it’s catchy and upbeat, which can make for a great workout song or car ride soundtrack.

Another reason is that lyrics often tell stories of love, loss, heartbreak, and overcoming the odds to find happiness in life. Country artists also sing about things that happen in everyday life – from cooking up dinner with your best friend to living with depression after losing your job – so they feel relatable too!

Finally, some folks may just be drawn to the iconic sound of guitars twanging away on songs about family tradition and good old Southern values!

The following post explains why people may like country music and maybe why you should try it as well.

What is Country Music?

According to Wikipedia, country music is a genre of popular music that originated in the southern United States. It has roots in folk and country blues as well as traditional Celtic songs from countries such as Ireland, Scotland, England, and Wales.

Country music is a popular music format that evolved from folk, blues, and country roots. It started to gain popularity in the 1920s with some of its notable artists being Jimmie Rodgers, Bob Wills, Uncle Dave Macon, and Tennessee Ernie Ford among others. The genre has grown over time gaining more fans as it moved away from the traditional sounds of its earlier days.

Country songs tend to have more complex and metaphorical songwriting than other popular music genres such as pop, rock, or urban styles. This is probably because many country artists write their own songs using inspiration from life experiences that allow the storytelling component of these tracks to come to life. For this reason, fans are able to relate to the content of country songs on a deeper level making them more special and memorable.

Another element that makes country music lyrics unique is their focus on relationships particularly heartbreak or breakups which allows listeners who have experienced similar situations to feel comforted through song even if it’s just for one song.

Country music always had a strong storytelling element, and it was often the only entertainment available on farms where radio reception wasn’t very good. This tradition of storytelling continues to this day in modern country songs that tell stories about real people – what they go through emotionally, physically, spiritually.

People also enjoy the storytelling in country music that makes them feel like they are listening to a good book or watching their favorite movie with some really great original soundtracks that they can relate to in real life.

The lyrics in many popular songs tell stories or convey messages of hope, love, or encouragement giving fans something positive and uplifting to enjoy.

The melody and rhythm of country music is another reason why people love this genre as it tends to be slower which can help fans relax and focus on the lyrics at hand without having to process too much information all at once like they might with faster songs in other popular genres such as hip hop or rock.

Country artists are known for their unique musical styles that make listening to country music even more fun. Some of the notable genres in this category include rockabilly, blues, a folk-country fusion of alt-country, Americana, or roots rock among others.

Some popular performers who fall under these categories include Johnny Cash whose career spanned multiple decades and genres, Dolly Parton whose career is still thriving today, and Carrie Underwood who started out on American Idol before releasing her debut album.

Wherever you go in the country, there is a good chance that you will be able to see some talented artists performing live. For this reason, many people enjoy traveling to different states and attending music festivals just to be able to hear their favorite local artists.

In fact, this is so common that many fans have been known to drive up from neighboring towns or cities just for the opportunity of seeing a great show in person that makes it easier to see why country music has such a huge fan base and following all over the world even if you live nowhere near the country.

Everyone loves the opportunity to see his or her favorite artists live and in person. But it’s even more exciting when you can catch them performing at a local venue near your hometown or city because this gives fans the chance to become familiar with other up and coming musicians as well which makes going out for great music an event that is not only memorable but worth attending on a regular basis.

This is why people love to attend country music shows even if they don’t listen to the genre regularly. Because there are so many talented artists performing that it’s almost impossible not to find someone you like at least for an hour or two during the course of your night out which makes checking them out well worth giving up your Friday night.

Even though country music is not associated with any particular style of clothing, most artists do represent their favorite clothing brands or designers when they are performing which many fans notice and appreciate. This has led to the growth in popularity for different fashion companies over time including boots made by Lucchese, outfits designed by Nudie Cohn, jeans from Levi’s, and hats from Stetson just to name a few.

These fashion choices have created an association between country music and western wear which is especially prominent in the southern or southwestern parts of the US as well as Texas. Because this area tends to be home to many popular artists as well as fans who share their love for cowboy boots with rhinestones or pink cowboy hats which adds to the overall appeal of country music in these regions.

As you can see, there are many different reasons why people love listening to and attending live shows for the country music genre so if you haven’t given it a chance yet, maybe today is your day!

Why is country music so popular?

Country music has been around for decades. But why do people like it? What is the appeal of country music that keeps fans coming back for more?

There are many reasons that people love country music:

Many also appreciate when singers/songwriters play true instruments rather than using electronic equipment in recording their songs (although not all artists choose to take this route). Some other explanations could include memorable melodies, recognizable voices & styles, fresh stories told in new ways – the list goes on and on.

What is the main message of country music?

Country music often tells a story. It is also typically about real-life experiences, whether it’s love or loss. People are able to relate to songs because they have gone through similar situations in their own lives. Country music is one of the few genres that can be enjoyed by everyone. It is not limited to a certain age group, and listeners can enjoy it regardless of whether they’re male or female.

What makes country music so special?

There are different theories about this. One theory is that country music tends to have strong roots in the past, which makes it stand out from other genres of music that may not be as focused on tradition or nostalgia. Another major reason why people love country songs so much is that they often talk about their lives and experiences through storytelling.

Is there any real country music anymore?

It seems like all modern country music has been influenced by pop and rock. It is not the same as it was 20 or even 15 years ago. The lyrics are different, but also what some people might call “dumbed down” to be more about love than anything else rather than having meaningful songs that really touch you on a deeper level.

Who is the best country singer?

Maybe Taylor Swift. Maybe Carrie Underwood. Or maybe it is Garth Brooks or Shania Twain. One thing for sure, people like country music and they really like the singers that sing this type of music!

People like country music because it is simple and easy to listen to. There are not a whole lot of words in the songs, so you can sing along with them or even learn some new lyrics every now and then! Also, most people who live in small towns love this type of music. The singers tell stories about their lives when they were growing up.

Who is the most famous female country singer?

Dolly Parton is the most famous female country singer. She has sold more than 100 million records and she is a member of the Country Music Hall of Fame. Her songs include “Jolene”, “I Will Always Love You” and many others that you may know from movies like “Nine to Five”.

Is country music popular outside the US?

People like country music because it has a lot of emotion and authenticity. The best way to understand this is by considering the history of country music. It began as folk songs sung on plantations in the south during slavery, which reflected their struggle for freedom. Later on, after emancipation, these same folk songs became an important part of family gatherings and community events.

Country music is also popular because many famous musicians have come from the country music scene. Country musicians are often considered to be more authentic and less manufactured, compared to pop stars that seem like they were created in a lab somewhere.

What age group likes country music the most?

How do I listen to country music if I don’t have access to the radio?

Easily! There are many great apps for streaming today’s top hits from Spotify, YouTube Music, Pandora Radio, or Apple Music on your smartphone or tablet device. You can even download songs into offline playlists so you never need an internet connection to listen.

Useful Video: Country Music – The Good, The Bad, and The Ugly

How to Make Music Without Instruments? 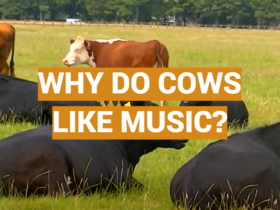 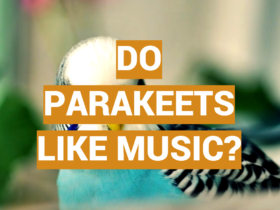 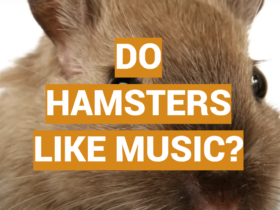 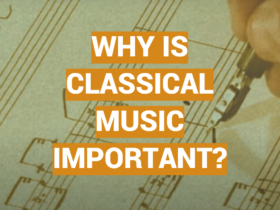