There are a lot of reasons why people might hate country music. Some people find the sound of it grating, while others may not like the lyrics or the themes that country songs often explore. In this Definitive Guide, we’ll take a look at some of the most common reasons why people hate country music and offer some helpful tips on how to get past those objections. Whether you’re a fan of country music or not, this guide is sure to offer something for everyone!

One of the most common complaints about country music is that it often features repetitive, cringey themes. Songs about pickup trucks, drinking beer, and getting your heart broken are all too common in country music, and some people just can’t stomach it.

If you’re one of those people who can’t stand to hear another song about a truck or an ex-lover, then country music probably isn’t for you. But if you’re willing to give it a chance, there are plenty of great country songs out there that don’t rely on those tired old themes. Seek them out and you might be pleasantly surprised!

The next most common reason people hate country music is because of the “country pop” sound. This is a more polished, radio-friendly version of country music that often features elements of other genres like pop, rock, and hip-hop. While some fans love this new sound, others feel like it’s selling out the genre’s traditional roots.

Whatever your opinion on country pop may be, there’s no denying that it’s become one of the most popular subgenres in recent years. Thanks to artists like Taylor Swift and Florida Georgia Line, country pop has crossed over into the mainstream in a big way. And while some fans are thrilled with this new development, others can’t help but feel a little bit disappointed.[1]

One of the most common complaints about country music is that the artists often sing with an exaggerated southern accent. This can be extremely off-putting for listeners who are not from the south, or who do not have any connection to that region of the country. While there are plenty of great country songs that do not feature this type of vocalization, it is still a very prevalent element in many popular tracks.[2]

This is probably the most common reason people give for disliking country music. They say it sounds old-fashioned, or that it’s music for old people.

But this isn’t really fair.

Country music has always been about storytelling, and the best stories are the ones that have been told over and over again.
That’s why many of the greatest country songs are about love, loss, and heartache. These are universal themes that everyone can relate to, no matter what their age.

And while it’s true that some country songs do reference specific time periods or places, there are plenty of contemporary country songs that deal with modern issues like social media addiction or small-town life.

So if you’re writing off country music because you think it’s old-fashioned, you might want to give it another chance. You might be surprised by how relevant it can be.[1]

People can dislike anything for any number of reasons. Maybe they had a bad experience associated with it, or maybe they just don’t like the way it sounds. When it comes to music, taste is completely subjective. There’s no right or wrong answer when it comes to what you like or don’t like. 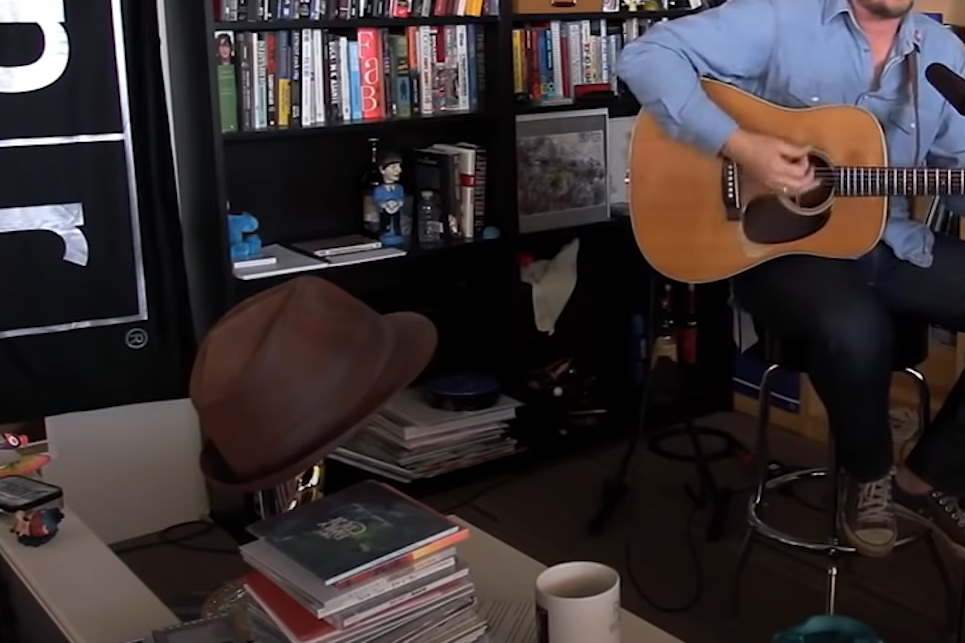 Some people simply don’t like the sound of country music. It can be too twangy or too slow for some people’s taste. Others find the lyrics to be clichéd or uninteresting. And then there are those who just don’t relate to the typical themes of country songs (love, heartache, drinking, etc.).

Whatever the reason, there’s no need to justify your taste in music to anyone. If you don’t like country music, that’s perfectly okay![2]

People tend to think that country music is a thing of the past. It’s not “cool” or “hip” like modern music. This is one of the biggest reasons why people hate country music. They think it’s old and outdated.

One of the main complaints about country music is that it’s not interesting enough. People feel like they’ve heard it all before, and that there’s nothing new or exciting about it. This can be frustrating for fans of the genre who feel like they’re constantly being bombarded with the same old songs.

If you’re one of those people who find country music boring, there are a few things you can do to mix things up.
First, try listening to some of the newer artists on the scene. There are always fresh voices emerging in any music genre, and country is no exception. You might be surprised at how much you enjoy the new sound.

Another way to add some variety to your country music listening experience is to check out the many sub-genres that exist within the genre. From bluegrass to honky-tonk, there’s a lot of diversity to be found if you’re willing to explore it. Who knows, you might just find your new favorite type of country music.

If you’re still not sold on country music, there’s one last thing you can try. Just give it a chance! It might not be your favorite genre, but there’s no harm in giving it a listen. You never know, you might just find yourself enjoying it more than you thought. Who knows, you might even become a country music fan before long.[1]

Patriotism and Focus on Religion

One of the most common complaints about country music is that it is too patriotic and focused on religion. This can be a turn-off for people who do not share those values. Additionally, country music often portrays rural life in a positive light, which can make city-dwellers feel alienated.

Another issue is the focus on traditional gender roles. Country songs often celebrate men who are “real men” and women who know their place. This can be off-putting to listeners who do not identify with those roles. Finally, many people find the twangy melodies and simple lyrics of country music to be grating on the ears. All of these factors contribute to why some people hate country music.[1]

People who live in rural areas are more likely to hate country music. This is because they associate music with a lifestyle that they don’t want to live.

Country music is also associated with lower levels of education.
This is because the people who listen to country music are less likely to go to college and get a degree. 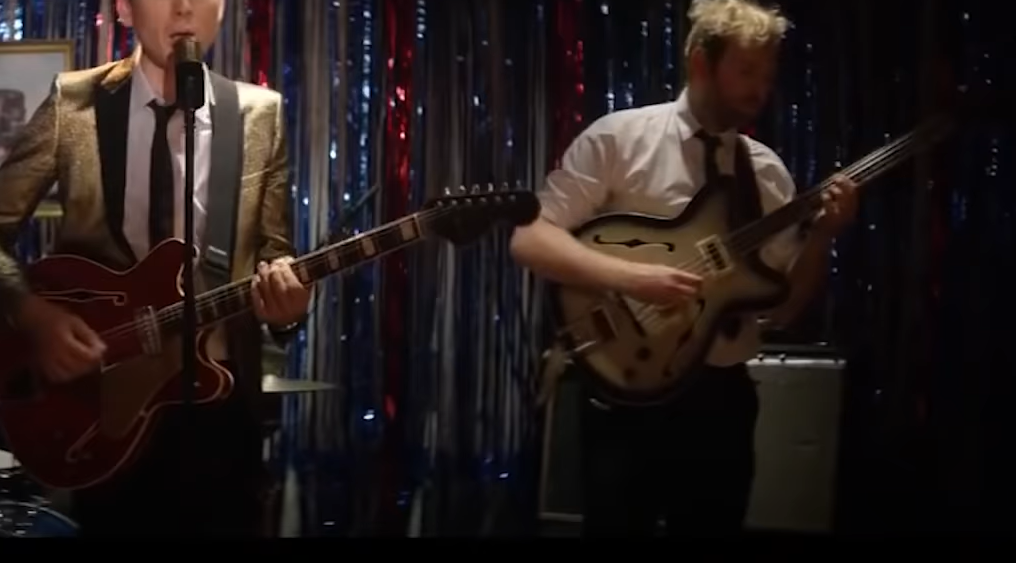 Finally, people who have blue-collar jobs are more likely to hate country music. This is because they feel like the music represents a lifestyle that they can’t relate to.[1]

How do I stop hating country music?

If you’re not a fan of country music, that’s OK! There are plenty of other genres out there that might be more to your taste. But if you’re wondering why people hate country music, here are some possible explanations:

What percent of the population likes country music?

This is a difficult question to answer definitely because musical taste is subjective. However, a 2017 study by Nielsen found that country music was the most popular genre in the United States, with 24 percent of respondents saying they preferred it to any other genre. This was followed by rock (21 percent), pop (16 percent), and hip-hop/R&B (15 percent).

What is the least popular music genre?

The answer may surprise you, but it’s country music. In fact, a recent study showed that only 19% of Americans say they like listening to country music. That’s pretty low considering other genres like rock and pop boast significantly higher numbers.

What music genres are dead?

This is a question that gets asked a lot, and it’s tough to answer. While some genres may be on the decline, it’s hard to say that any one genre is completely “dead.” That said, there are definitely some genres that are less popular than they used to be. One of those genres is country music.

Country music has been declining in popularity for a while now. In fact, it’s been pretty steadily declining since the early 2000s.
There are a number of reasons for this decline, which we’ll get into later. But suffice it to say, country music is not as popular as it once was.

The answer to this question is a resounding no. In fact, genres are becoming more and more defined as the music industry continues to grow. However, there is one genre that seems to be caught in the middle: country music.

Country music has been around for centuries, and it shows no signs of disappearing anytime soon. However, it has been gradually losing its popularity over the past few decades. In 2020, only 11 percent of Americans said they loved country music, down from 15 percent in 2000.

So, there you have it. The most common reasons people say they hate country music, and some tips on how to get over it. If you’re still not a fan of the genre, that’s okay. There are plenty of other genres out there to choose from. But don’t write off country music without giving it a fair chance first. You might be surprised by how much you enjoy it. Thanks for reading!

Do you have any questions or comments? Leave them below and I’ll be happy to answer them. And if you found this article helpful, please share it with your friends! Thanks for reading!

How to Listen to Music in the Shower?

How Do You Discover Music and Pop Culture? Easy Methods

How Is Music Used to Persuade? 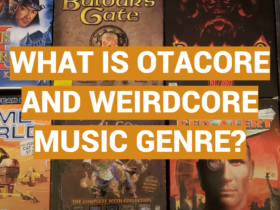